High consumer optimism, more government incentives than ever before, increased access to lending and record low interest rates set to continue for years, means 2021 looks like a great opportunity for buyers to get into a new home.

A significant part of the Federal Government’s spend-friendly October Budget is aimed at boosting the building sector as the economy rebounds from the COVID-19 enforced recession. And a major part of that is the expansion of incentives such as the First Home Loan Deposit Scheme and HomeBuilder.

This can provide for a great pathway and savings of up to around $50,000 for eligible homebuyers.

The average Australia has great faith in the strength of our economy and its ability to recover quickly from the struggles of 2020. And the major lenders are witnessing a surge in consumer sentiment after the Scott Morrison Government showed its willingness to go well into deficit in its Budget Papers, in order to stimulate the economic recovery.

According to the Westpac Index of Consumer Sentiment, consumer confidence rose by 11.9 per cent in October as most states’ recovery from the coronavirus pandemic was well and truly underway.

“The Index has now lifted by 32 per cent over the last two months to the highest level since July 2018. The Index is now 10 per cent above the average level in the six months prior to the pandemic.”

Australia’s success in dealing with COVID-19, government economic stimulus and the likelihood of long-term record low interest rates, were the reason for this confidence, Mr Evans believes.

Australians are also feeling more confident about their household economic situation and many feel the time is right to buy a house, now, according to the Westpac Index.

“Of all the results in this survey, this one is the most surprising and reassuring,” Mr Evans said.

“Confidence in the housing market has boomed.”

In NSW optimism is greatest: it grew by 17.5 per cent, compared to 9.5 per cent in South Australia, 7.1 per cent in Queensland and 2.4 per cent in Western Australia. Despite the lengthy lockdown in Victoria, confidence there was also up, by 13.7 per cent. 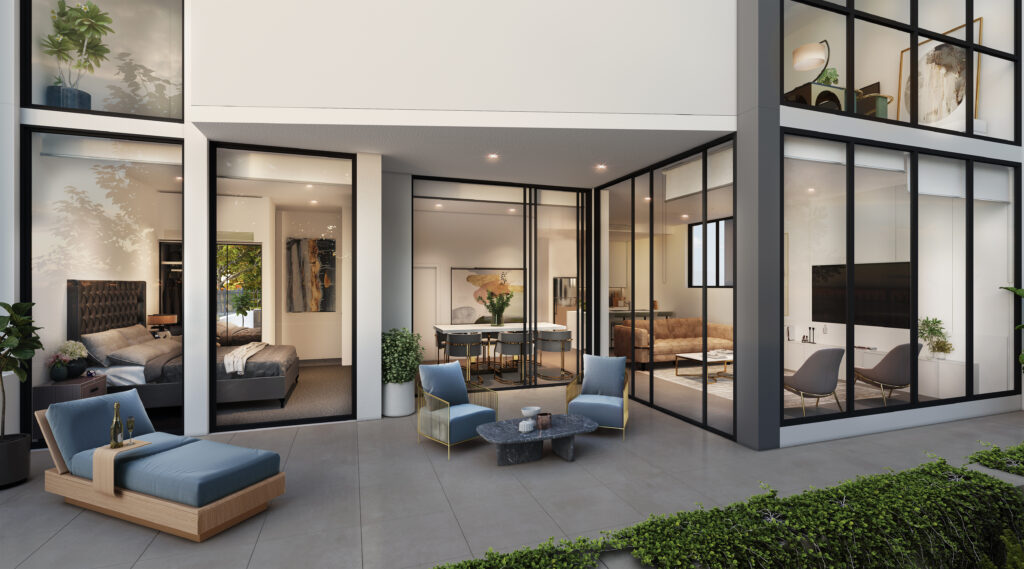 Plenty of Australians believe now is the right time to buy a new home, like those on offer at Toplace’s Skyview.

As part of the Morrison Government’s incentives for this vital buying group, 10,000 more first home buyers will be able to purchase a new home sooner under the First Home Loan Deposit Scheme, with a deposit as small as five per cent.

This means the scheme is now open to 30,000 eligible first home buyers

“This will allow first-home buyers to secure a loan to build a new home or purchase a newly built dwelling with a deposit of as little as five per cent, with the Government guaranteeing up to 15 per cent of a loan,” Treasurer Josh Frydenberg said.

Homebuyers can also  access $25,000 from one of the federal government’s key COVID-19 stimulus packages to buy off-the-plan apartments.

The new HomeBuilder scheme is aimed at boosting industry activity in the building and construction industry. But it also opens the door for prospective buyers to purchase their dream home.

So get started in your search for your new home, and let us know how we can help you.

Why now is the time for first home buyers

Surging numbers of first-home hopefuls are seeing now as the ideal time to begin climbing the property ladder. First-home buyers are dominating the real estate market in a way they haven’t in over a decade, and the number of rookie property purchasers actively looking has doubled since COVID-19 hit in March. They are two very …

Heath Parkes-Hupton, Urbain Affairs Southern Courier   Botany could be the new Redfern, according to Toplace’s Sam Kandil. Toplace Group is in the midst of building its $260 million Pemberton on the Park mixed-use development, which will add 293 apartments to Wilson and Pemberton streets. There will be a 3200sq m public park anchoring the …